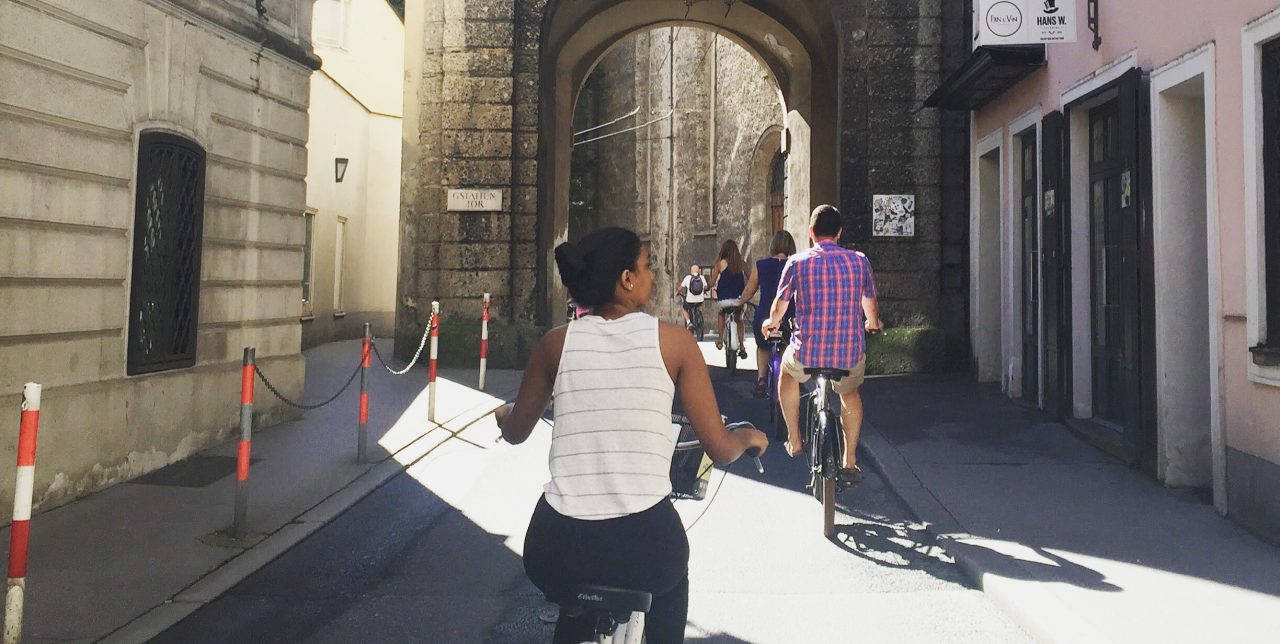 “Your skin has gotten darker in the sun already, no? You want face lightening treatment done? I can do it.”

We were in a beauty parlor in a smaller town when I heard these words addressed to me. Instantly, I felt the white-hot sting of embarrassment bubbling up inside me. I immediately blamed myself for not taking better care of my skin. I have never consciously bought into the stereotypes about skin color, but my reaction was there nonetheless. The implicit comparison to my fair-skinned, half-white and half-Filipino friend had found me lacking. For a moment, I felt caught in my own, admittedly-darker skin.

The earlier part of the interview had made it clear to me that this beauty parlor owner was an inspiration to younger women in her community. She had faced criticism for working outside of the home and not staying home to take care of her family. Now, she’s the proud owner of two businesses and is extremely successful, employing dozens of women and training many more. I couldn’t reconcile the colorism of her business with her position as an empowered business woman and example to young women in her community. Of course, it isn’t her fault for absorbing the omnipresent norms of Indian society, intensified in the beauty sphere. At the same time, she is profiting off of reinforcing colorism and selling people treatments they don’t need. But it isn’t just her, she’s one example of a multibillion dollar industry that warps healthy body image.

To my mother’s credit, I was never exposed to colorism in my own house. I was never told not to play outside in the sun or off-handedly criticized for my skin. I’m chalking it up to the fact that we are almost the same skin tone. Given my brother’s much fairer skin tone, I think she deserves even more praise for never having underscored that difference. My mom would point out beautiful African women as often as she admired Charlize Theron or Keira Knightley, and as a young girl I knew this was unusual. People didn’t notice dark women for being beautiful. By insistently pointing out the colorism in movie casting and the discriminatory way people would discuss girls, my mom made me aware of many ways colorism manifests itself.

The incident in the beauty parlor made me conscious of the fact that despite mine and my mother’s best efforts, colorism has wormed its way into my subconscious. To be Indian in a country with a history of discriminating based on skin color adds a layer to the colorism of being South Asian. Growing up in America, I always had this intrinsic awareness that my beauty would never live up to American (read: white) standards. My skin tone made me undeniably incompatible with the kind of beauty displayed on magazine covers and TV shows. I noticed it in the way my white friends almost never pointed out non-white actresses or models as being gorgeous. My hair had to be carefully styled, flat, and straight to qualify as admirable. And this may seem vain and self-absorbed, but I always wondered if my friends actually thought I was pretty or just said it because I was their friend. I spent more minutes than I would own up to wondering if boys truly found this skin, these eyes, and this hair attractive. I questioned each compliment, never knowing what impossible standard I was being held to.

In America where skin color is entwined with second-class treatment, I find it even more shocking that Indians are colorist within their own circles. If anything, the diaspora should have left colorism behind in the past where it belongs. We should be willing and ready allies to any community being marginalized on the basis of race, skin tone or any other intrinsic characteristic. Instead, I hear some South Asians in America perpetuate the same racist ideas about Black people as might be said about someone dark and low-caste in India. In the context of British colonialism, it’s especially insidious that the white skin of the colonizer is still prized above all else. This mentality compounded with concrete effects for women like decreased marriageability or compromised health when young girls aren’t allowed to play outside, should make combatting colorism an important cornerstone of female empowerment.

You might remember when Nina Davuluri became Miss USA in 2014. I certainly do. She’s a Telugu-speaking, American-born woman just like me. I was filled with validation when I saw that she had won. The day after her win, she was met with such vitriolic xenophobia and racism, that I was stunned but not entirely surprised. Is this what it means to be a beautiful, confident Indian woman in America? To be met with such hate and ignorance – she was accused of being an Arab or being Muslim, but she was really being accused of not being American enough. In India, people were having a different kind of shock. An Indian woman with “dark” skin had won an American beauty pageant, which would never happen in India. It exposed the double-sided nature of the colorism that affects women in the South Asian community here in America.

As for me, I found Nina’s win to be incredibly inspiring despite the awful commentary that followed. She won in spite of using a Bollywood-inspired routine as her talent that she was advised would be too ethnic. But I didn’t think about her when I looked in the mirror after coming back home to America. I was several shades darker than my usual summer foundation, and I immediately wished I could scrub the tan off. I knew that I should quell the instinct, and nothing was wrong with my face or my skin. Still, I couldn’t shake the insistent doubt that I was too dark. Things are definitely changing and Nina Davuluri proves that, but we still have a long ways to go in promoting a healthy body image for all the young girls out there.

Check out the entrepreneur that inspired this blog post here: